DESIGNED TO RACE by Peter Williams 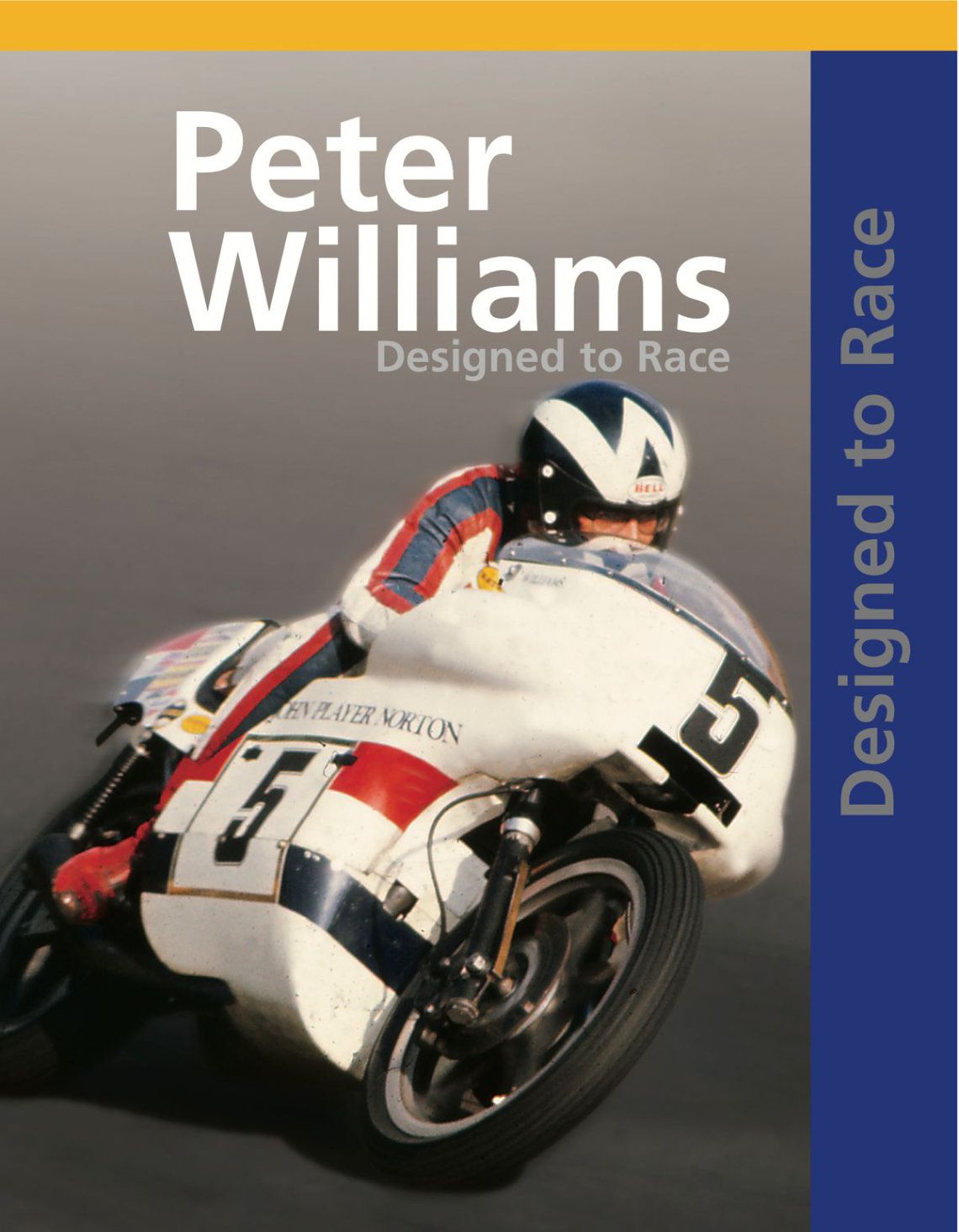 On his day, Peter Williams was the best motorcycle road racer in the world and is one of that small band of sportsmen, 'the best never to win a World Championship'. Peter's unique career in the 1960s and 1970s as racer, designer and development engineer culminated in many great victories on bikes from 125cc to 750cc. For two months in 1967 he lead the 500cc class of the World Championship on his single cylinder 500cc MkI Arter Matchless Special against the much more powerful Honda and MV Augusta multis of Mike Hailwood and Giacomo Agostini. Just when he was, perhaps, due for a 'works' ride, the Japanese withdrew from Grand Prix road racing and Peter joined the re-emergent manufacturers of Norton. Peter had two consuming passions; riding his motorcycles at 10/10ths of the limit, and for Britain to regain motorcycle supremacy. Indeed, the latter was his mission, his crusade, and so he rode almost exclusively British motorcycles but, interestingly, won his only Grand Prix on a foreign one. Peter's engineering designs gave him advantage on the race track and set the trends for what motorcycles are today. He was one of the first to design and race with disc brakes, the first in the world to design and use cast magnesium wheels and tubeless tyres. Peter won the 1970 500cc class British Championship and was the first in motorcycle racing to benefit from tobacco sponsorship. The 1973 John Player Norton 'Monocoque' incorporated all his previous experiments and the first twin spar frame. The pinnacle of his career came on this machine when he won the Formula 750 TT in the Isle of Man with record race and lap speeds. Peter's racing career came to an end in 1974 with a terrible crash at Oulton Park but his engineering continued with work at Cosworth Engineering and Lotus Engineering. Motorcycle innovation continues, too, with his true monocoque design, his Shell Chassis, which, in its electric drive form, finished 5th in its very first outing in the 2010 TT Zero.